Tetsuo Hara (原哲夫, Hara Tetsuo, born September 2 1961) is a Japanese manga artist famous for drawing the series Hokuto no Ken, known in English as Fist of the North Star, which he wrote with Buronson. He also did the character designs for the arcade game Saturday Night Slam Masters.

Tetsuo Hara was born in Shibuya, Tokyo on September 2, 1961 and raised in Koshigaya, Saitama. As a child he was a fan of manga especially Fujio Akatsuka's Tensai Bakabon and Naoki Tsuji's Tiger Mask. Hara attended Hongō Junior and Senior High School and worked as an assistant to manga artist Yoshihiro Takahashi after graduating. As an amateur, he won the first prize of the 33rd Fresh Jump award for his one-shot Super Challenger. Hara's professional career began with his first published work: Mad Fighter in 1982. His first serialized work in the Weekly Shonen Jump was the Iron Don Quixote, which lasted only ten weeks in serialization. He did not achieve fame until the publication of Hokuto no Ken (Fist of the North Star) in 1983, which he co-wrote with Buronson and ran for six years. After the completion of Hokuto no Ken, he worked on shorter series and one-shots, including three different adaptations of Keiichiro Ryu's novels (Hana no Keiji, Tokugawa Ieyasu, and Sakon). In 2001 he did a prequel to Hokuto no Ken called Souten no Ken, which was serialized in the Weekly Comic Bunch.
His influences include Neal Adams. His cousin is "Rocketman" Ryo Fukawa.
He suffers from an eye condition called keratoconus which left him blind in one eye, so all his work must be fixed by his assistants due to errors in perspective and he can no longer ink his own work. 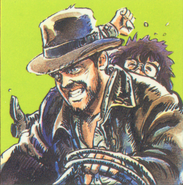 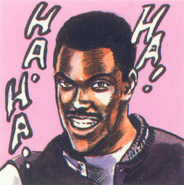 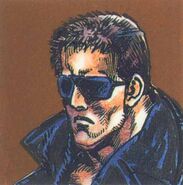 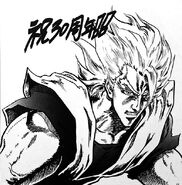 Retrieved from "https://hokuto.fandom.com/wiki/Tetsuo_Hara?oldid=28340"
Community content is available under CC-BY-SA unless otherwise noted.