Souther (サウザー, Sauzā)
Souther is the sole successor of the Nanto Hōō Ken (南斗鳳凰拳, "South Dipper Phoenix Fist) style and one of the Nanto Roku Sei Ken. He bears the destiny of the Star of Leadership (将星, Shōsei), also known as the Polar Star (極星, Kyokusei) and Star of the Southern Cross (南十字星, Minami Jūji Sei). The Star of Leadership rules over the Nanto constellation and therefore none of the other Nanto successors can defeat him.

Souther establishes himself as the Holy Emperor (聖帝, Seitei) after Raoh's setback against Kenshiro and becomes feared as a merciless tyrant, kidnapping children to construct his Holy Cross Mausoleum. Souther was once a warm and loving child, adopted by the previous master of Nanto Hō-ōken, Ogai. However, because of Nanto Hō-ōken's awful legacy, Ogai tricked Souther into killing him in order to be surpassed by his student.

Severely traumatised by the act of having to kill his master, Souther resolved to cast aside any positive emotions, gradually losing his morality over time.

He was present when young Kenshiro competed in the Nanto Junin Kumite. When Kenshiro lost his final trial to Shu, Souther ordered that the boy be executed in keeping with Nanto law but Shu intervened and sacrificed his own eyes for the boy's life. This awakened Shu's star of destiny (the Jinsei) and would see the two of them become enemies after the nuclear war.

When Shu recruits Kenshiro in his war against Souther, the Hokuto Shinken successor confronts Souther but finds his vital point attacks are futile against him. Souther defeats Kenshiro and prepares to use him as a human sacrifice for his mausoleum until Shu's son, Shiva, infiltrates the prison and aids his escape. Souther responds by attacking the resistance hideout, taking a hundred women & children hostage in order to blackmail Shu into surrender. He slices the tendons in Shu's legs, crippling his Nanto Hakuro Ken, and forces him to rest the capstone of the pyramid before his execution, which takes place just as Kenshiro, Raoh and Toki arrived at the foot of the mausoleum.

An enraged Kenshiro challenges Souther once more to avenge Shu's death and discovers his secret: Souther was born with a rare congenital condition known as dextrocardia with situs inversus totalis-- meaning that his heart and vital organs are mirrored from their original placements, with this affecting the placement of his pressure points as well. After being crippled by the Tenha Kassatsu and losing his protection, Souther makes one last stand, but he is soon defeated by Kenshiro's merciful Ujō Moshō Ha technique. Overwhelmed by his opponent's compassion, Souther spends his final moments reconciling with the shrine of his beloved master, before breathing his last and passing away next to Ogai's body. Shortly afterwards, the holy pyramid comes crashing down under the weight of Shu's sorrow, whose spirit wept for Souther's tragic fate.

Kenshiro remarks that Souther's love "was the greatest of all."

Souther was an extremely ruthless tyrant, who governed his legion with an iron fist and spared no one in his quest to build his Holy Empire. Killing adversaries in cruel ways, taking and using hostages and even going as far as enslaving children to build his mausoleum, reasoning they'd be far more unwilling to resist than adults, reveal a cold and evil mind that easily sets him as one of the most malignant antagonists in the series, leaving streaks of villages ransacked, and scores of people killed.

Souther decried love and compassion, believing them unnecessary for an emperor, and he regularly boasted of his might and high status although not unjustified for he was a frighteningly powerful warrior. Souther was emotionally scarred after killing his own master in a rite of succession as he deeply loved his master as a father, and the pain of losing him made him vow to discard love. His actions, however, hint that he may not have discarded love as he declared, as he decided to build his Mausoleum as a tomb to honor his master, still thinking deeply of him. In fact, after suffering his defeat, Souther had a childish look as he approached his master's corpse as he only wished to feel his warmth, thus demonstrating that despite his villainy, he only wanted to be with his one parental figure.

Souther was the sole successor of Nanto Hōō Ken making him the most powerful of all the Nanto martial artists. His fighting style lacks any stance, because a stance is used for defense, whereas his method relies on dominance. Like most Nanto warriors, Souther fights mostly through slicing techniques to eviscerate his opponents using power and speed, carving Southern Cross shaped cuts into his victims.

Although Souther is a powerful fighter on the level of Kenshiro and Raoh, what makes him truly frightening is the secret behind his body. Because of his dextrocardia and reversed pressure point locations, typical Hokuto Shinken techniques are ineffective against him, which is how he defeated Kenshiro and made Raoh wary of fighting him. Once his secret is discovered he's just as vulnerable as any fighter to its effects, although he still remains a lethal combatant. His strongest attack and only stance, Tenshō Jūji Hō is an aerial technique that attacks through the opponent's defenses as he glides.

Souther at the age of 15

The tragedy of Souther

Souther prepares for his first battle with Kenshirō 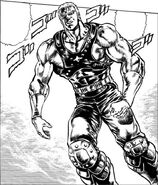 Souther prepares for his second battle with Kenshirō 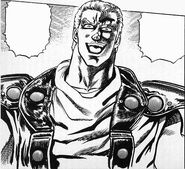 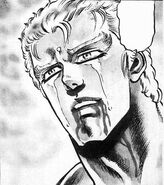 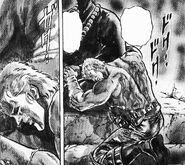 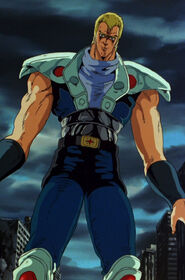 Souther, in his final moments. 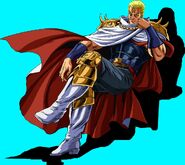 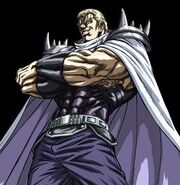 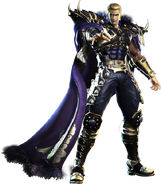 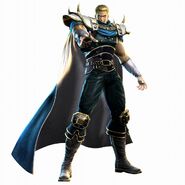 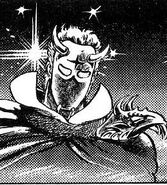 Souther in Ten no Hao (manga) 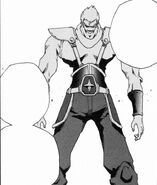 Souther in Ten no Hao (anime) 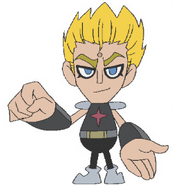 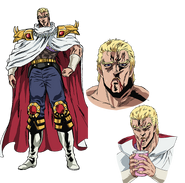 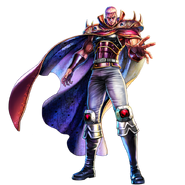 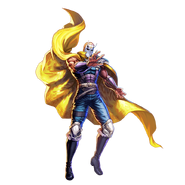 Holy Emperor Souther in Hokuto no Ken: Legends ReVIVE (illustration)
Add a photo to this gallery
Retrieved from "https://hokuto.fandom.com/wiki/Souther?oldid=30122"
Community content is available under CC-BY-SA unless otherwise noted.