Shin (シン) is the successor of Nanto Koshū Ken (南斗孤鷲拳, "South Dipper Lone Eagle Fist"), one of the martial art styles within the Nanto Rokusei Ken. He bears the destiny of the Star of Martyrdom (殉星, Junsei), who is destined to live and die for love.

Shin secretly desired Kenshiro's fiancée, Yuria, ever since they first met. After the nuclear war and the death of Master Ryuken, Shin was goaded by Jagi into confronting Kenshiro and taking Yuria for himself. Shin challenged Kenshiro and paralyzed him with the Nanto Gokuto Ken technique before engraving seven scars in the shape of the Big Dipper on his chest to coerce Yuria into swearing her love for him.

During the following year, Shin and his army conquered the former Kantō region. He assumed the title of KING and built Yuria the city of Southern Cross to win her affection. However, his continued atrocities only drove her to commit suicide by leaping from the palace balcony. Yuria survived due to the intervention of the Nanto Goshasei, who arrived at Southern Cross to save Yuria from Raoh's imminent invasion. Shin entrusted Yuria to the Goshasei's custody and allowed his reputation to be tarnished by pretending he was her murderer.

It was after this that Kenshiro infiltrated Shin's headquarters and the two fought once more. Driven by Shin's words after their first battle, Kenshiro defeated him by striking his vital points in the shape of Shin's emblem - the 'Bloody Cross'. Maintaining that Yuria had died, Shin refused to perish by Ken's hand and took his own life by jumping from the palace balcony, as Yuria did before him. After the battle, Kenshiro buried his fallen rival out of respect for their mutual love for the same woman.

In the TV series, Shin's empire is notably larger compared to the manga. In addition to his four lieutenants (Heart, Spade, Diamond, and Club), it also includes the God's Army organization, Jackal's gang and a host of subordinate groups. As Kenshiro continues to thwart his efforts at every turn, Shin assembles his remaining troops and sends them on an all-out assault against Kenshiro as he approaches Southern Cross. After Kenshiro is presumed dead, Balcom seizes the opportunity to plot a mutiny against Shin, and although Shin defeats him, the city is destroyed in the chaos. With Shin vowing to build another Southern Cross, Yuria decides to commit suicide from the palace balcony and prevent the violence repeating itself.

In the 1986 movie, Yuria mentions that Kenshiro and Shin grew up together and had a brotherly friendship. Shin's army is defeated by Raoh's troops who invade Southern Cross before Kenshiro's arrival - whilst Shin is defeated off-screen by Raoh himself. When Kenshiro finally arrives, Shin is already dying from his previous fight with Raoh, but in his final moments he reveals that Raoh has taken Yuria to Cassandra.

Shin in the TV series

Shin in Hokuto no Ken 3 for Family Computer

Shin in Hokuto no Ken 5 for Super Famicom

Shin in Hokuto no Ken: Shinpan no Sōsōsei Kengō Retsuden

Shin in Jibo no Hoshi. 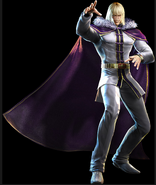 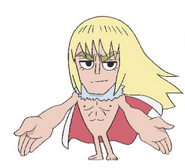 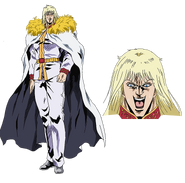 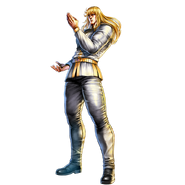 Shin in Hokuto no Ken: Legends ReVIVE (illustration)
Add a photo to this gallery

Retrieved from "https://hokuto.fandom.com/wiki/Shin?oldid=29093"
Community content is available under CC-BY-SA unless otherwise noted.