An animated feature film version of Fist of the North Star was produced by Toei Animation, which premiered in Japan on March 8, 1986.[1] The movie was intended to be a big-screen treatment of the manga, and avoid the watering-down of violence that came with the TV series. An English-dubbed version produced by Streamline Pictures was first released in 1991 in the USA and 1994 in the UK and Australia by Manga Entertainment. A New Zealand release was never scheduled by Manga Entertainment so it never had an official release there.

Plot differences from the manga and TV seriesEdit

In a notable deviation from the series, the film finds time to begin with a detailed peek at the Earth as it was before and during the fabled nuclear devastation. Starting with a calm, surreal look at various points of Mother Nature, a brief on-screen message then informs the audience of the imminent calamity, followed by unsettling Barefoot Gen-esque scenes of human life consumed in flame.

The film follows the storyline of the manga from Kenshiro's defeat at the hands of Shin to the first battle with Raoh, although certain liberties were taken to tell the story in a condensed form. For example, Toki, the second of the four Hokuto Brothers, is never seen nor mentioned, while Shin and Rei are the only Nanto Seiken masters to appear in the film. Although Yuria's Nanto heritage is mentioned through out the movie in the Japanese version, her role as the Last Nanto General is downplayed. Her fate has also been altered from the original story, wherein this time she is kidnapped by Raoh instead of jumping off Shin's palace to resurface later as the Last Nanto General. She disappears during the final battle and her survival remains ambiguous at the conclusion of the film. Mamiya, Rei's love interest, is never seen, partly because Yuria is the heroine in her place. Raoh serves as the main antagonist, with Jagi and Shin as the other two major villains. Many other villains from the manga and anime, such as the Colonel and Jackal, only make cameo appearances as minor henchmen with some of the notable fight scenes involving Zeed, Heart, the Kiba Daiō and Uighur. Altogether the order and occurrences of the original story were almost completely rewritten.

There were two endings produced for the film. The original ending shown in the theatrical version has Raoh emerging victorious over Kenshiro, but sparing his life, leaving him to protect Lin. An alternate ending was produced that end the fight in a draw, which is the ending featured in all the home video releases of the film in Japan (although, the 1995 film comic adaptation depicts the original ending). All the international cuts feature the original ending. The reason for the change in ending has never been officially revealed, although it is believed that fans were unsatisfied with Kenshiro losing the final fight.

The 2008 Japanese DVD release of the film features the theatrical ending as a bonus feature, but only on the first print run. Because the revised ending was produced on a different film stock, it did not undergo the same remastering treatment that the rest of the movie did (including the original ending), resulting in a drastic drop in visual quality when the scene is played (on the 1:40:45 time mark).

Another change in the ending made in the home video versions was the addition of a black title card with the kanji 完 (kan) for "The End" after the closing credits. Reportedly this title card was not present in the a theatrical version and was only added on the home video releases after plans for a sequel were abandoned.

A number of the film's violent scenes, particularly those involving close-ups of human decapitations and butchering, were toned down through the use of discoloration or a rainbow blurring effect in most versions of the film including the original Japanese release. This is evident in one of the preview trailers, which features a shot of Rei slicing the head of one of Fox's henchmen without the blur.

Currently, no fully uncensored version of the film has ever been released and it's not known for certain if an uncensored version was ever shown in theaters. However, the Italian dubbed version, released on VHS in 1993 by Granata Press and re-released in 1996 by Dynamic Italia, included a select few scenes unedited:

The other scenes of violence, including the aforementioned head slicing shot with Rei, are still blurred out in the Italian version. A fan-edit was released online which inserts all the known uncensored scenes into the 2008 remastered version.

The 1991 English dubbed version by Streamline Pictures is the only international version which features credits in its own language, rather than simply retaining the Japanese credits, crediting not only the original Toei Animation staff, but also the cast and crew who worked on the English dub. This suggests that Streamline Pictures had access to clean versions of these animated sequences to create their own credits. Despite this, no credit-less versions of these sequences were ever released publicly. 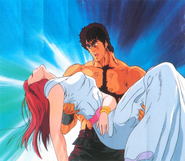 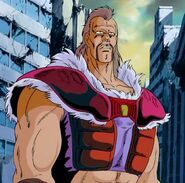 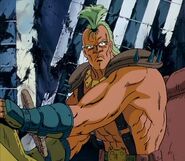 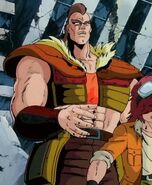 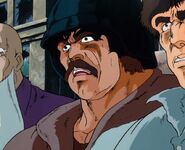 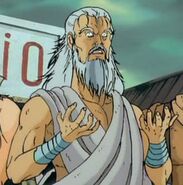 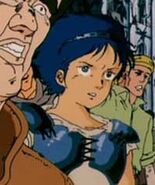 Arion
Add a photo to this gallery

Retrieved from "https://hokuto.fandom.com/wiki/Hokuto_no_Ken_(1986_movie)?oldid=28357"
Community content is available under CC-BY-SA unless otherwise noted.